We want our Lauries back

A campaign to take back community control of the Lauries Centre, Claughton Road, Birkenhead has been launched. Evidence has emerged that the Lauries has been taken over by the local chamber of commerce and is not fulfilling its original purpose as a public asset for the community of Birkenhead. A formal complaint signed by myself and local residents has been submitted to Wirral Council. This alleges that council officers and Labour councillors have failed to properly manage the Lauries and protect the public funds invested in the centre. 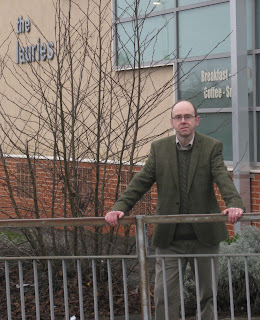 Below you can read the complaint text in full as submitted by the non-political Birkenhead and Tranmere Neighbourhood Planning Forum. This was sent on December 9th. A response from Wirral Council is awaited.

We, the undersigned, ask that the issues outlined below are dealt with in accordance with Wirral Council’s complaints procedure.

As this complaint contains concerns about the conduct and actions of councillors and officers of the Council we would appreciate your early response regarding how this will be investigated and, if corrective and/or disciplinary action is required, what procedures will apply.

We would also appreciate the opportunity to meet with the person appointed to deal with this complaint in order to provide any necessary clarification and to assist in the resolution of this matter at the earliest stage of the Council's complaints procedure. We consider that you are obliged to provide for this in order to meet the Councils 2020 Vision commitment to openness and transparency.

Background to complaint
Early in the year 2000 community representatives, Councillors and Council officers met in the old YMCA building to discuss which community objectives for capital expenditure under European Objective 1 (Round 2) and Single Regeneration Budget (Round 6) should be prioritised. At that meeting two headline capital projects were decided upon that would provide community meeting spaces at zero or very low cost for community groups across the Birkenhead Ward (pre 2003 boundary). These capital projects were The Lauries Project and the St James Centre. Both buildings were constructed, thereby fulfilling the principal objective of community representatives.

On 29 September 2005 the Council leased The Lauries Centre to The Lauries Limited for a period of 125 years.

The lease defines the permitted use of the building as use: “only for the purposes of a community centre, a neighbourhood college (including workshops), a café/snack bar, offices and meeting rooms, conference and events...in furtherance of the Tenant's aims and objectives as set out in its memorandum and articles of association...being in brief the promotion of any charitable purpose for the benefit of the community of Birkenhead and areas surrounding and in particular the advancement of education the promotion of good health and providing a focus for development and regeneration.”

The lease therefore specifically links its own terms with those of the memorandum and articles of association of The Lauries Limited.

Earlier this year it came to our attention that public access to the building had been curtailed, the café had been closed down and it was rumoured that the Wirral Chamber of Commerce had annexed the building. This has since been confirmed because on its website the Wirral Chamber of Commerce now promotes The Lauries Centre as one of its “unique and exclusive office centres”. This makes it clear that the building is now used exclusively for commercial purposes, rather than for the purposes that together define the permitted use of the building, as set out in the lease.

Potential breaches of the lease and company mismanagement
Companies House records show that on 31 May 2015 all of the existing directors of The Lauries Limited (including Cllr Brian Kenny) resigned en masse and two new directors, Paula Basnett and Asif Hamid, who are both closely associated with Wirral Chamber of Commerce, replaced them.

According to the articles of association, those three new directors may only remain in post until the next annual general meeting, when their appointment may only be extended by a vote of members of the company. The question of membership of the company is therefore also a key issue.

On behalf of the Forum our chair wrote to the Company Secretary, Paula Basnett, on 6 November 2016 requesting membership under the provisions of Article 1.3 of the company’s articles of association. The Forum also requested other information that the company is supposed to maintain, namely:
To date, no reply to this letter has been received.

The Forum was then approached by a former member of The Lauries Limited, who showed us a letter written in 2009, in which one of the directors at the time dismissed all of the remaining 36 members of the company, offering to refund the balance of any subscriptions paid.

The available evidence indicates that the company has had no members since 30 November 2009. However, it is members of the company who elect directors at each annual general meeting. If there have been no members since 2009 then all directors appointed after 30 November 2009 were occupying those positions unlawfully, as are the current directors. If there are no members, then the company has been operating outside of its own articles of association for a substantial period of time and would therefore appear also to be in breach of its lease with the Council.

Substance of complaint
We believe that the available evidence demonstrates that The Lauries Limited is operating outside of the parameters laid down in its articles of association, which in turn means that the terms of its lease with the Council have been breached. This unlawful operation of the company appears to have been ongoing since 30 November 2009.

We assert that Cllr Jean Stapleton, who was a director of The Lauries Limited continuously from 18 May 2003 until 31 March 2015 was a party to company mismanagement and breaches of the lease that occurred during this time.

We assert that Cllr Phil Davies, who was a director of The Lauries Limited from 6 January 2005 until 18 May 2013 was a party to company mismanagement and breaches of the lease that occurred during this time.

We assert that Cllr Brian Kenny, who was a director of The Lauries Limited from 17 February 2009 until 31 May 2015 was a party to company mismanagement and breaches of the lease that occurred during this time.

In the light of the evidence obtained by the Forum and public records, it is alleged that Councillors Davies, Kenny and Stapleton were party to unlawful decisions, either knowingly or through negligence, in a manner that betrayed the commitment to community control and ownership enshrined in the memorandum and articles of association of The Lauries Limited.

It appears that Councillors and Council officers have failed:
1) in their duty to ensure that a significant public asset is managed in accordance with the terms of a lease agreement;
2) to effectively monitor the extent to which The Lauries Limited has been and is being operated in accordance with its memorandum and articles of association, and
3) to safeguard the use of public funds invested in the construction of The Lauries Centre.

Given these apparent failures we have further concerns that the sub-leases of the building, which require Council approval, may not comply with the terms of the principal lease.

In particular we are concerned if market rents are not being applied to sub-leases made to commercial companies.

We request that all of the concerns raised in the foregoing paragraphs are investigated by the Council and that arrangements are put in place to ensure that The Lauries Limited is henceforth operated fully in accordance with its memorandum and articles of association and that the lease is properly policed.

The Forum will co-operate fully with the Council’s investigation, including providing copies of the evidential documents referred to in this letter, if the Council cannot obtain them elsewhere.
Yours sincerely

Please contact me with any issues of concern you may have. I aim to be flexible and transparent in all my dealings with local residents and am very keen to make myself available in a manner that suits you including visits to your home if that is required.

email me: patcleary@phonecoop.coop
call/text me on 07852 842 559
look out for me in the community and feel free to speak with me
leave a comment on this blog
Contact me via Twitter @PatCleary2

Promoted by A. Cockcroft on behalf of P. Cleary both c/o 3 Lingdale Road CH48 5DG. This blog reflects the views of Pat Cleary and not necessarily those of the Green Party.